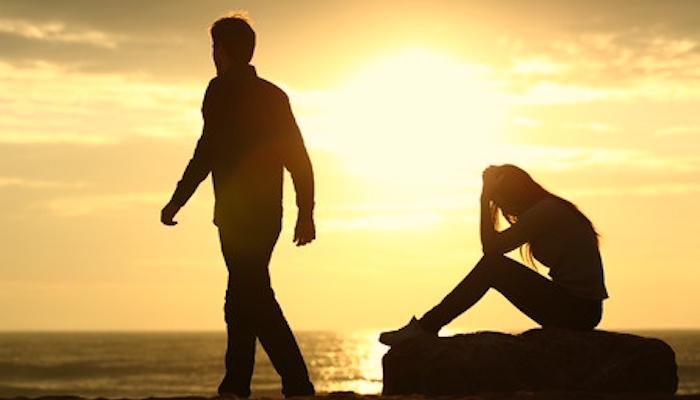 Does he just need “space” or is the relationship really over for good?

“Dear Claire, my BF after 10 months broke it off with me. I knew this was coming because I made a few mistakes by drinking too much and acting inappropriately a few times. It was a great relationship until those mishaps but overall we are very attracted to one another and the chemistry is still there. I don’t know if he just needs his space or if our relationship is truly, really over. He was tearing up and said it hurt to do it but needed to as I was frustrating him more than ever. Please give me advice.” — Nadia

Hi, Nadia. I have a huge question for you: is your drinking a problem? Because an addiction can absolutely be a deal-breaker, and if that’s the reason he broke it off, then there’s a good chance your relationship is really over.

Why did you REALLY break up?

If this is NOT about your drinking, then you might find out more by asking him what the major problems were. This is not so that you can convince him you need to get back together, but so that you can work on any issues that might be sneaking up on you.

And sometimes it’s not really about you at all, but about him. So don’t automatically shoulder all the blame, okay?

But either way, a good, solid “breakup conversation” can give you a lot of information that can be helpful as you figure out what went wrong and whether the relationship is really over.

Then, regardless of whether the two of you get back together or not, you’ll be aware of these particular relationship landmines in the future.

What a breakup says about a couple

If you had told me that he broke it off simply because you “acted inappropriately a few times,” and assuming that doesn’t mean you slept with someone when you’d agreed to be exclusive or something similarly huge, I would wonder about him.

Because EVERYONE acts a little wacky now and then. Everyone makes mistakes, has off days, does stupid stuff.

How do you go about re-attracting your boyfriend?

Brad Browning is known as the “Relationship Geek.”

He’s been helping thousands of women across the globe win back their ex-boyfriends. His success rate is over 90%.

Even if you think your relationship with your ex boyfriend is wrecked beyond repair, what Brad has to share with you can make your boyfriend fall hopelessly in love with you again, or at LEAST give you a second chance.

NO crying and pleading.

NO begging for second chances.

In fact, if you’re guilty of one of those mistakes, chances are you’re doing something right now that is pushing your ex further and further away (and into the arms of another woman).

So do yourself a favor and check out his free video.

In the video, Brad will tell you exactly how you can get your ex boyfriend back as soon as possible.

And he’ll go over some other “Deadly Sins of Relationships” as well.

No matter what your situation is — or how badly you’ve messed up since the two of you broke up — Brad will give you a number of incredibly helpful tips that you can apply IMMEDIATELY.

–> Ready to win him back? THIS will show you how.

You have absolutely nothing to lose. Take a few minutes to hear him out. I think you’ll appreciate the insanely useful things he has to say.

3 comments on “Is Your Relationship Really Over? Should You Fix It or Forget It?”