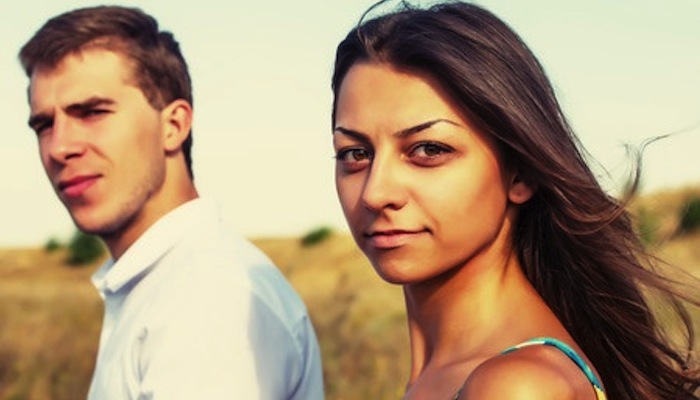 It’s over, and it needs to be over. The break up needs to happen, with clarity and finality, because the relationship isn’t working. At all.

Once you cut off a pair of old jeans and you get them too short (or they just fall apart), there’s just no going back. You can’t make them longer or stronger again. They go to the thrift store or into the trash. Goodbye, old jeans. No reason to let you keep taking up space in my closet. We’re done. Goodbye!

But sometimes we have an emotional attachment which makes things harder to say goodbye to something that isn’t working (Those were my favorite jeans ever! Maybe I’ll just keep them for a while. Maybe I could make a clever craft with them.).

And in some cases, we just don’t know WHAT to do. So we let it linger, a constant reminder of something that isn’t right, doesn’t feel good, can’t work out.

“Hi Claire. I quit seeing my ex almost 3 months ago, but he still texts me every week, and three times now he’s called with these long, emotional apologies. Our relationship did NOT work, and I’ll never go back with him. I’m tired of meeting him for coffee or talking to his friends (who he sends to try and convince me to take him back). He’s a good guy, just not a match for me. How can I convince him to stop trying to patch things up between us?” – Nadine

Nadine, did you break up with him? Because you said “I quit seeing him.” If I’M not clear, he may not be clear either.

And the simple fact is that you haven’t cut ties.

If you are still returning his texts and calls, meeting him for coffee (!!) and talking to his friends, you’re communicating the wrong thing! You’re essentially saying to him that it’s not really over.

So stop what you’re doing.

Before you stop, be sure to actually break up with him face to face, in clear language that can’t be misinterpreted. THEN stop what you’re doing. Meaning, all the contact and connection you’re still giving him.

You don’t have to be mean, just be clear.

And keep reading, because I have a checklist for you…

You deserve ALL of the RIGHT man’s heart. Hear the story of how one woman “let” her man catch her with passion and style, then use the same method yourself!

Take a look at the list below. These are some of the things you need to do to break up when a relationship isn’t working.

It’s doubtful you’ll need to do ALL these things, but sometimes just seeing the list is a good reminder that yep, you need to do these two, or those three, and your life will be much better as a result…

Can you ever be friends?

I’m not saying that you can’t EVER be friends again after a break up, but first you need to be clear that you’re not going to be a couple. And that is especially true if he’s still trying to reconnect with you. After you break up, give it 6 months or a year before being willing to consider a friendship.

And be cautious with the whole “friends with my ex” thing. Because that sort of thing can damage new dating relationships you’re growing.

And of course, I’m not talking about a break up that involves a shared child. In that case, you DO want to maintain a relationship (just not a couplehood).

Are you on the flip side of this story? He’s trying to break up but you’re still hanging on? Here’s one for you, darling:

READ: How to Let Go and Move On When You Still Love Him

Want to share your story of a really sticky break up?

It almost never goes as simply as we hope it will. Which is why you sometimes need a break up housecleaning list! Leave me a comment and share your own story or tips for dealing with a tough break up…