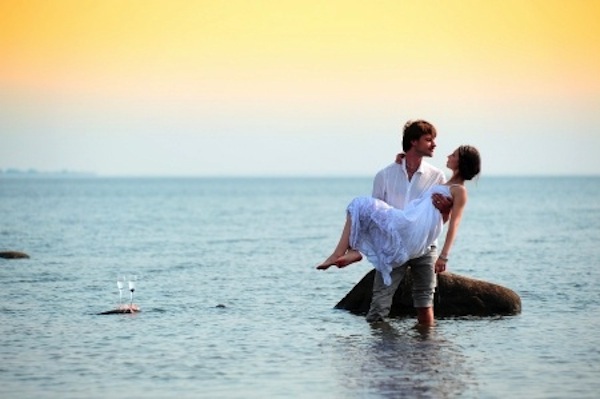 A true gentleman knows exactly how to light his woman’s fire and stoke it until her desire burns hottest. These 6 things he knows and holds to…

1. A true gentleman knows that making love is MORE than intercourse

It’s also the way a man makes his woman feel, all day long. He is willing to do a little bit of planning to make the kind of magic that happens for hours and hours before she ever takes her clothes off. He takes on some extra tasks and chores in order to decrease the level of stress she’s under right now. He gets a sitter for the kids. And…

2. A true gentleman makes his lady think about him all day long

He plants his sexy ideas well in advance. He stops what he’s doing in order to stare at her while she’s dressing for the day. He sighs and shakes his head because he can’t believe how lucky he is. He tells her she’s gorgeous. He holds that heading-off-to-work kiss longer. He makes her keenly aware that she lights up his circuitry. Also…

3. A true gentleman uses his voice and touch to turn his lady on

He touches her like he just can’t resist the tiny, electric charge he gets in connection with her skin. In fact, this is also how he keeps from getting shifted aside into the friend zone… A woman isn’t “just friends” with a man who touches her gently, intently, and with smoldering desire in his fingertips.

He is a man of integrity, and builds trust in their relationship all along the way. Then, when it’s time…

5. A true gentleman learns what his lady loves in bed

He’s open to many things, but when he learns what SHE likes, he can unlock and unleash her sexual prowess, and will also have an incredible experience himself. He makes it a point to learn her fantasies, the places she most loves to be touched, the things that make her sigh, or ache, or demand…

6. A true gentleman encourages a woman to take HER pleasure

He knows it’s not his job to “give” her an orgasm, but he does everything in his power to make it happen. He reminds her she’s safe, and encourages her to give in to the pleasure and do whatever it takes to revel in the bliss.

He knows it’s not all about the Big O. Or a marathon. He knows it’s about how he adores her, how she trusts him, and how they show radiant, intense consideration for each other in their most intimate moments.

Ladies: Here’s What MEN Want In Bed… (It’s Not What You Think)

If you you think you know what men REALLY want in the bedroom… think again! Revolutionary Sex expert Alex Allman studied thousands of men, single and in relationships, and asked them to remember their hottest night of lovemaking ever… and then asked them: “What made it so hot?”

The answers tell a VERY DIFFERENT story about what men really want, what they say makes a woman “great in bed,” and what really, really drives them crazy between the sheets than anything you’ve ever read before. (Hint: it’s not about clothing, or “going down” or “2 girls” or anything embarrassing… it’s a bit of a “reverse” shocker, actually.)

→ Keep his sexual fire for YOU alive forever

Turns out the “common wisdom” in fashion magazines at the grocery store check-out line is pretty much completely (thankfully) wrong…!