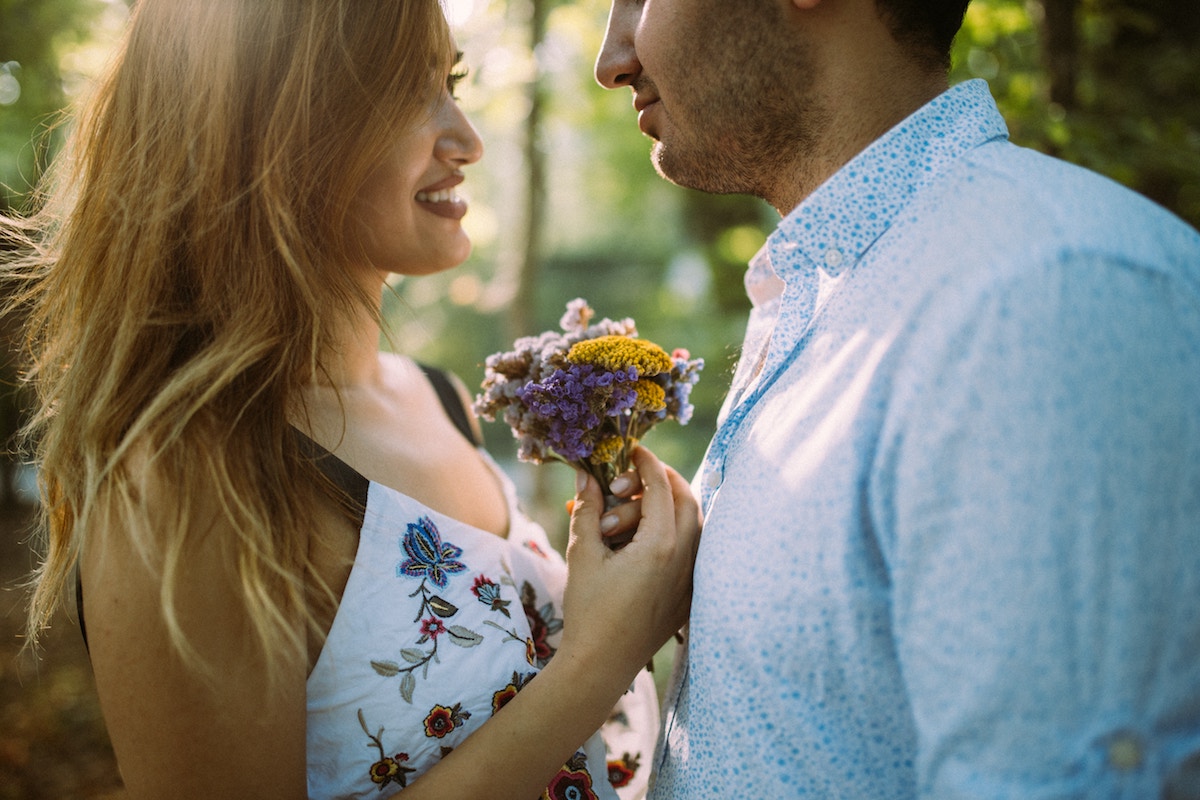 Maybe your boyfriend is lying to you about his relationship status. Is he single or not? Maybe he’s just letting you ASSUME he’s single…?

He didn’t tell me he was married! (but his WIFE finally did)

“Hi Claire, Thank you so much for your kind, honest words of wisdom. Last fall, I reconnected with my college crush. He told me he was single and we started talking about making plans to spend time together but those plans never seemed to fall into place. I would typically initiate contact by text or email and he would respond to flirty/sexy

messages but not to others. I figured he was busy with work (he travels a lot) and kids (he has 2 adult children and 2 teenagers). During that time he moved and acted weird about giving me his new address. Over the last few weeks, I deleted his cell phone number and his email address because I was tired of always being the one to initiate.

My birthday is later this month and I decided to give him “one more chance” and invite him to my party. I did a Google search for his cell phone number and sent an invitation yesterday afternoon. Well, the phone number was his daughter’s and she forwarded the message to her mother who told me to stop contacting her HUSBAND.

I felt like I had been kicked in the stomach—once by her, once by him. He told me he was single! I feel like such an idiot. I ignored red flags along the way because I thought our connection was special. I know I ‘dodged a bullet’ but I feel so foolish, hurt, and angry today.” — A.

If we were to go out for a drink together I would say things like “Men are rats!” and try to help you feel better.

And it might help to remember that people behave the ways they do for very specific reasons.

It may be that your boyfriend is lying to you (or was) and straying from his wife because he’s unhappy in his marriage — OR, and this is a little bit crazy-sounding but still true:

…Because he’s VERY happy in his marriage and thinks he can have even MORE good feelings by roping you in as well. Your attention felt so great to him, and he wanted more.

But now it’s a disaster zone.

When you’re ready to have a charitable thought toward him you can tell yourself, “I hope he learned something important from this (like I did), and I hope his marriage will make it through and come out stronger (like I did).”

But you don’t have to think about that now, beautiful…

DON’T beat yourself up over this!

No one EXPECTS from the get-go that their boyfriend is lying to them.

Your intuition was leading you in the right direction, you just didn’t quite have time to figure it out yet.

I know you’ve been through a rough time, but I’m CELEBRATING that you got free before you got in deeper.

You mentioned that you had “ignored red flags.”

Good for you for KNOWING what some of the red flags were.

I can tell from your email that you had several, and you’ll see them on my list below.

I know there are LOTS of women out there who could benefit, so here’s my checklist of red flags that a man you’re dating might be married and your boyfriend is lying to you…

15 signs your boyfriend is lying to you about being single

Even if the next man you date swears on a stack of bibles that he’s 100% single, fully committed to you, and faithful, can you really be sure that he’s telling the truth?

And if he IS telling the truth, can you really be sure that he means it?

That his love for you, his commitment to you, will stand the test of time?

It IS possible to make a man into a “ONE Woman, Forever” kind of man.

It IS possible to make a man absolutely monogamous to you.

And not just physically, but also emotionally…

Which is even more important in many ways, because infidelity happens first in his mind and heart before it becomes what he does with his body.

You want a man to be so committed — physically and emotionally — to YOU that the thought of being with another woman actually makes him feel disgusted with himself, or with other men he sees lying to the women they date.

But seeing you? Well, gorgeous, THAT fills him with joy, and send shivers of desire and delight up his spine…

You owe it to yourself to learn this unusual, science-backed “monogamy method.”

It’s like knowing how to flip a switch in a man’s mind, and heart, to make him forever faithful to you… 🙂

PS: This method WORKS even if he’s been blowing you off lately, or if he’s hard to communicate with.

It works on “players” who swear they’re not interested in settling down with one woman.

And in the video, you’ll even learn how a woman named Claire (!!) used this to make her ex-boyfriend come crawling back to her and BEG her for one more chance (the ending to her story will totally delight you…)

0 comments on “Think Your Boyfriend Is LYING to You About Being Single? Here’s How to Know”