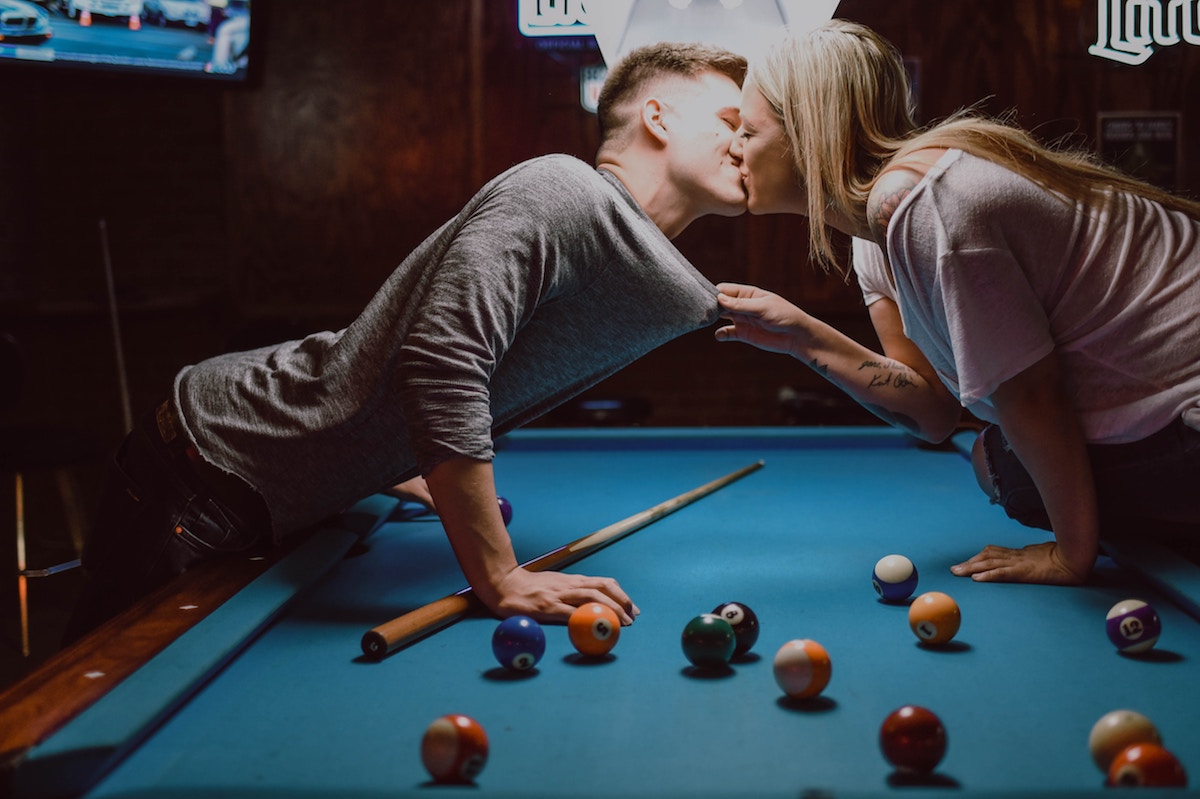 The idea of dating several men at a time raises a LOT of questions. Here’s what you should know…

Great question about dating several men at a time…

“Hi Claire! I have a hard time with the idea of dating several men at a time. I can only focus my romantic interest towards one man at a time. Does this decrease my chances of meeting the right one and having a committed relationship?” — E.

Hello, lovely E. This is a great question, thanks for taking the time to send it in. I hope I can help you think about it in a smart way…

“Will dating only one man at a time decrease my chances of meeting the right one and having a committed relationship?”

You’re talking about dating one guy for a few months (or years) before deciding that it’s not a match, then moving on to try out another man.

You absolutely get to do that if you want!

But it does increase the amount of TIME it takes you to find the right match.

That’s why I’m a huge advocate of CASUALLY dating several men at a time.

Meaning, you casually, lightly, enjoyably date two or three men at a time for a while.

Some of those guys just won’t be a match.

This one only wants sex, so he disappears pretty fast when he realizes that’s not what you’re willing to do. You suddenly discover this other one is in the middle of a divorce (which he didn’t tell you at first), so he’s out. Maybe the third guy is a complete workaholic and even though you really like each other, he never seems willing to make time and space in his life for you.

Because you’ve kept it casual, and dated several men at a time, you haven’t wasted months or years of your time on each one.

Instead, you’ve gotten to know the three guys simultaneously, and also kept your other options open. You’ve moved past all three unsuitable men in just a few weeks, and you’re still keeping your eyes and heart open for a better match.

And when a man with potential to be the right match for you shows up, CONTINUING to casually date several men at a time (or at least be open to it) has even MORE benefits…

It’s so much better for you, emotionally speaking.

And more than anything…

Which is incredibly powerful and appropriate. Trust takes time and effort to build!

Let’s say that rather than dating several men at a time, this one man REALLY lights your fire, so you focus all your dating time and attention ONLY on him.

You’re saying, in effect: “I’m putting all my eggs in this one basket. I’ve decided on you, until you tell me differently.”

This puts him in the driver’s seat.

But has he chosen you?

Girlfriend, that is not a great place to be in, emotionally speaking.

And while it’s not true across the board, MOST men don’t think “I’m only going to date one woman at a time.” It’s more common for men to be casual daters.

Don’t voluntarily give up your power, beautiful soul.

That’s why I often say…

Don’t become exclusive with a man until BOTH of you explicitly agree to do so.

Of course, that means you’ll have to talk about it.

And you’ll have to both know each other well enough to know that you want many of the same things in a relationship.

You’ll have to both know that there’s potential for your relationship to be long term.

And you should not agree to it until you know and trust him pretty well.

If you’re serious about building healthy, loving, life-giving change in your life…

If you want to make a man feel a hungry desire for you that’s deeply, truly into the territory of long term love…

Watch this jaw-dropping video and hear what love and relationship coach Amy North has to share about how to change your love life for the better, starting now.

It doesn’t matter if you just came out of a bad breakup or messy relationship situation, and it has NOTHING to do with how pretty or attractive you think you have to be.

This is PERFECT for women who are CHOOSY, and don’t feel desperate for just any kind of love-crumbs from a man.

The “Obsession Formula”…You’ll learn a powerful set of words Amy calls a “Devotion Sequence” that make a man lust uncontrollably for you (even if he says he’s not interested).

A Sassy Little Texting Secret… Sick of guys ignoring your texts and calls? This “Phone Phrenzy” tactic is designed to make men feel so much intrigue that they’ll often start texting and calling you TOO often…

A Soulmate’s Connection… You’ll discover the three psychological loopholes that will make a man fantasize about spending the rest of his life with you. (You need to know this).

Why Men Pull Away… Do you know the top 3 mistakes women make that cause men to lose interest? I’ll explain exactly how to avoid making these attraction-killing errors.

And of course, there’s so much more in her course.

If you are interested in landing a GOOD MAN and enjoying the love you dream of, then you seriously need to try this out yourself because it’s worked well for thousands of women already…

DO IT FOR YOU, bright soul.

PS: It doesn’t matter if you’re single or not either, because this will even work on a distant husband OR drifting-away boyfriend.

We invest time and energy in things that are important to us.

0 comments on “The POWER of (Casually) Dating Several Men at a Time: What Every Smart Woman Should Know”