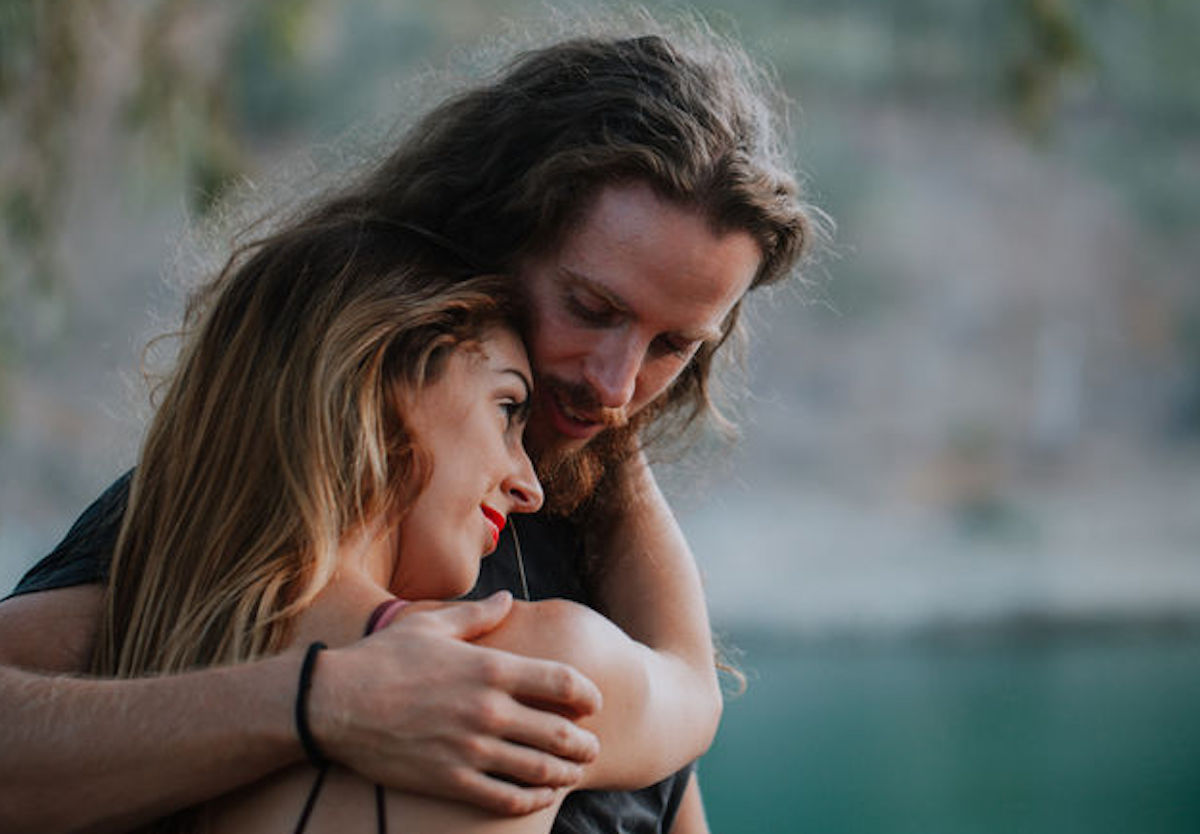 There are plenty of men out there who DO want a relationship, and not just sex… And here’s how to sort them out!

ARE there men who want a relationship, and not just sex?

“Dear fabulous and sparkling Claire, I have been following your advice and I’ve really “put myself out there” and I’ve met SOOO many men! My schedule is fully booked till the end of October with dates and weekends away with all these different guys… 5 different guys to be exact 😉

The problem I am finding with ALL these men is that they are only interested in getting physical… And to top it off, they are very blatant about it… It makes me feel mad and I feel terribly uncomfortable about this…. There is NO WAY I’m sleeping with a man until I know what kind of person he is and that there is potential to have a REAL committed relationship.

I often feel like giving up on dating, because I know that men only have one thing on their minds… I’ve been alone all this time and I love my life as it is, but I was hoping to connect with someone who could share this with me.

What is it with guys??? Do ANY of them want a relationship? Why is it ALWAYS just about sex???” —C.

Darling C… I love it when you say I sparkle!

And I’m having a flash of déjà vu today because I was just talking recently about the bias in our culture toward tall, thin, blonde women as “the best” or “most desired type” of women. Which of course is a horrible message for our culture to be sending. Not to mention 100% wrong.

This is another one of those situations.

Our culture tells men that the single most important factor in being a MAN is NOT how much they want a relationship with an amazing complete woman like you, but their worth is instead based on how often they get hot and naked with a lady… 🤨

Getting a woman in bed means they can once again affirm themselves to be a man in the most important way.

Does this crappy script sound familiar? You bet it does.

Because women are told the best way to be a woman is NOT to want a relationship with a trustworthy, loving man, but to be dangerously thin and superhumanly nurturing to everyone but themselves. 😡

Bad messages, right? Men and women alike should watch out for them.

Now. There are actually a wide variety of men’s (and women’s) sex drives.

It’s almost never happens that two people meet, fall in love, and learn over time that their sex drives are perfectly matched.

We vary widely, and we change all the time.

Getting two people’s sex drives to kind of, sort of, hopefully, in a wobbly way MATCH UP is quite a feat!

It’s pretty amazing when we DO manage to get our wacky lives and libidos in the same room together and give each other some pleasure. Sometimes it’s even good enough to make you raise your wine in a toast to sexual victory over normal life chaos!

It can be very much worth it, though.

Online dating platforms make finding a bed partner easier than ever before.

You may be encountering more men who only want sex in the dating universe because the ones with the highest sex drives are out looking for the hookups.

Businesses like Ashley Madison, Adult Friend Finder, Tinder, and so on get richer if they can convince more men that to want a relationship is bad, but hooking up is the way to go, and that all they need to do is pay $19.95 a month for plenty of possibilities for it.

7 signs a man wants ONLY sex

But don’t confuse men who want sex with the ones who ONLY want sex.

Just because so many men want sex, that doesn’t mean they don’t ALSO want a relationship.

The ability to make a woman dissolve in pleasure between the sheets makes men feel powerful, in the manliest way.

But then again, for a woman to allow herself to drop the mask and let herself lose control like that, he has to win her trust and love, right?

There are guys who DO want to be able to win a woman’s trust like that, and you may have to get past the initial impressions to learn this about him.

Accept that the “sex only” guys are out there, but don’t believe they are ALL that way.

Give guys a chance to prove to you that they are more than their first impression, more than just a walking hormone.

Let your personal energy, behavior, and words be clear about what you DO and DON’T want.

You don’t want to give off the signals that you’re TOO eager to please, TOO available, TOO invested in what HE wants.

Learn to turn your sexual energy down, while keeping your normal “I’m a fabulous, beautiful, strong woman” energy flowing. For example…

If you let the conversation run toward favorite positions, sexual preferences, etc., then it’s hard to get things back on track.

If you are a naturally flirty woman, you might need to hold yourself more in reserve.

If he gets touchy-feely or is dirty talking right off, it’s up to you to say directly that that’s not how you want to begin a relationship.

Be willing to give him a chance, but don’t give him nothing BUT chances.

If he gets upset, angry, or rude with your response, don’t argue. Just leave.

Your time and energy are too valuable to constantly waste on a man who isn’t interested in a woman of true depth and beauty.

Have you ever had a man feel such unconditional and never-ending love for you that he could kiss or hug you a thousand times and still not be satisfied?

Once you try the “Devotion Sequence” out, e-mail me and let me know how it worked for you!

This will leave him so emotionally weak for you he won’t be able to help but chase you, dream of you, and want you in the best possible way.

You seriously need to try this out yourself because it’s worked well for thousands of women already!

PS: Natalie has an amazing 13-part video training series and 3 bonus ebooks including “Cheat-Proofing Your Relationship” (that’s one you gotta read, girlfriend).

You can use this on the man you adore, OR…

You can even try it on that stubborn guy who rejected you or never loved you the way you wanted and watch (and listen)… As he tells you that he is the luckiest man on the planet to have a woman like you by his side!