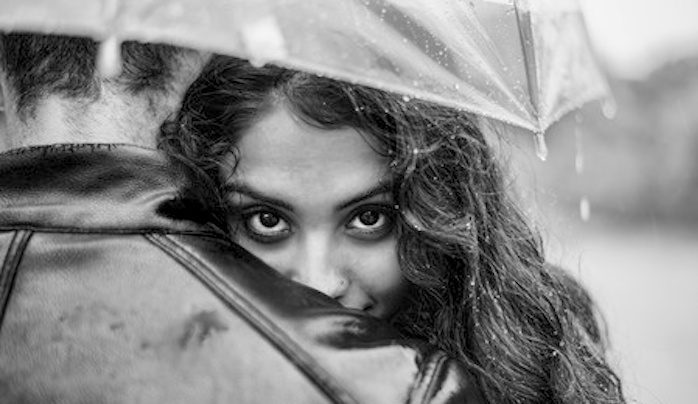 You made some really bad decisions. Seriously bad. Now you find yourself alone, staring numbly at a badly wrecked relationship. Can you get back into his arms, and stay there? HOW?

Can you win him back? Is this wrecked relationship past all repair?

“Claire, I’ve been with my boyfriend on and off for 7 years now. Several years ago after he left me in a bad split and 3 long months of depression and waiting for him to maybe come back, I made a HUGE mistake. I slept with his best friend.

The next year we had gotten back together and I was acting jealous and he left again, and I started hanging out with — and slept with — his brother.

I know I’ve made some HUGE mistakes, but I need to know how to get him back and keep him for the long run. I honestly feel like this is the one and only man for me. I want to marry him, grow old with him. I want to be his one and only.

Please help me. I know we are meant for each other.”  — Faye

Hi, Faye. Thanks for being willing to say right out what you’ve screwed up; lots of women would do their best to try and hedge the truth, or at least make it look prettier than it is…

And here’s what I think might have been going on.

The fact that after he broke up with you, you slept with two men very near and dear to him tells me that you may have been…

And the sneaky thing is that you may not have even REALIZED you were actively sabotaging your chances that the two of you might succeed later as a couple.

The tactics you tried ARE effective tools for getting attention. But they are also manipulative, and they definitely don’t feel good to the other person.

But is there a chance you might salvage this wrecked relationship and make your way back into his arms?

I think there is. BUT it will take some intention and time… Here are your first steps.

1. Give it some time to cool off. During that time, build your own life.

You’re currently investing a LOT of time and emotional energy into mourning what you’ve lost. You’re thinking a lot about the wrecked relationship, and very little about anything else.

How can you turn that around and pour some time and energy into going after the dreams you have in life?

What things can you do for YOU?

It doesn’t matter how long it’s been since you two broke up. If you do EXACTLY what THIS VIDEO teaches you, don’t be surprised if your ex boyfriend begins fantasizing about you…and bugging you to pick up your phone! CLICK HERE to WATCH

2. Untangle and work on your issues.

While you’re taking a break, you can also spend some time figuring out what drove you to use manipulative tactics.

What is/was making you feel desperate?

How can you get yourself into a position of wanting, but not desperately needing this (or any) man?

3. Honestly admit that you were wrong. DON’T offer excuses.

Eventually, you should contact him with a sincere apology.

If you try to defend your actions or “explain” why you did the things you did, you will have lost any ground you might have gained.

Don’t beg or cry or be deeply emotional; just sincere.

None of this means he will choose to come back to you (only HE gets to decide how he will behave; you can’t force him to do what you want him to do), but you can come clean and be honest and sincere with him.

4. Use these 5 powerful tools to rebuild trust.

Trust doesn’t happen overnight, especially after a huge breach like this. But trust CAN be rebuilt in a wrecked relationship, and you can begin to recover a bit at a time.

Here are 5 ways you can do it:

How do you go about re-attracting your boyfriend?

Brad Browning is known as the “Relationship Geek.”

He’s been helping thousands of women across the globe win back their ex-boyfriends. His success rate is over 90%.

Even if you think your relationship with your ex boyfriend is wrecked beyond repair, what Brad has to share with you can make your boyfriend fall hopelessly in love with you again, or at LEAST give you a second chance.

NO crying and pleading.

NO begging for second chances.

In fact, if you’re guilty of one of those mistakes, chances are you’re doing something right now that is pushing your ex further and further away (and into the arms of another woman).

So do yourself a favor and check out his free video.

In the video, Brad will tell you exactly how you can get your ex boyfriend back as soon as possible.

And he’ll go over some other “Deadly Sins of Relationships” as well.

No matter what your situation is — or how badly you’ve messed up since the two of you broke up — Brad will give you a number of incredibly helpful tips that you can apply IMMEDIATELY.

–> Ready to win him back? THIS will show you how.

You have absolutely nothing to lose. Take a few minutes to hear him out. I think you’ll appreciate the insanely useful things he has to say.

0 comments on “How To Salvage a Badly Wrecked Relationship”