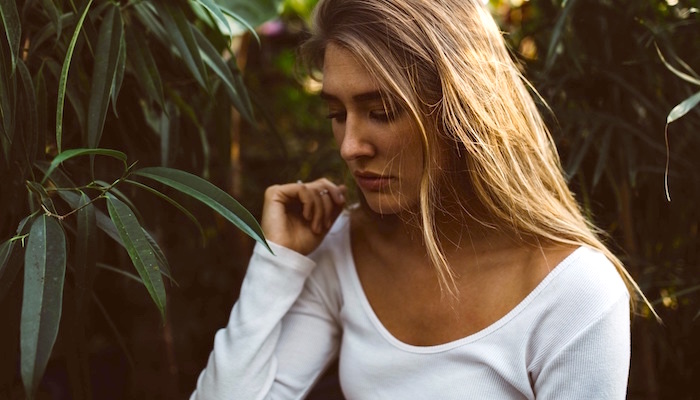 It happens so much it’s a cliche, but it still happens. A middle-aged married man in a troubled marriage (read: no sex) is drawn to the exuberant, carefree joy of a young college-aged woman. They begin a secret affair…

But who really benefits from a relationship like this?

Does your affair with a married man benefit you?

What young woman wouldn’t enjoy the devoted attention of an older, more-experienced man? When you haven’t had time yet to drink in many of the pleasures of life, it’s like a forbidden elixir, and something you can’t see why you should resist…

But in what situation is an affair with a married man “worth it,” or beneficial to you?

“Need advice!!! I am an 18-year-old college freshman, he is 39 married with a friendly non-sexual relationship with his wife. I initially wanted to move to his city for an internship and that would be a good excuse to be close and him not drive 1 hr 45 mins all the way to campus. He was so down with it a few months ago, but he’s really iffy now because of getting caught and clearly thinking it isn’t a good idea, especially since I didn’t get the internship.

Okay, I see his thinking but it’s so avoidable I think. Yes, I want to move there to be closer to him, save his travel time, and hang out more conveniently. But, I also wanted to move there to do something spontaneous and fun this summer and not just sit home and do nothing. This is my summer, I want to figure stuff out, get back into shape, do my own thing, be independent, all that. I think he is thinking I will be relying on him a lot and that scares him too. I can figure out my own way, I always do and I think I will be fine. If not, I can just pack up and move back home, 4 hours away.

We picked out an apartment place and everything that we thought was safe to hangout and he is covering the price. It does seem a bit crazy since I don’t have a job, or car…  But again, I can figure it out.

I tried to put his mind at ease by saying maybe we should make our relationship more friendly which would make it safer. I think that made him sad and he didn’t have much to say after that. But I don’t know what else to do, I want this so badly. I want to move there to be independent and also to be able to conveniently see him, understanding maybe if it’s only once a week like it is now, minus the crazy 2 hour drive and excuses to his wife. I know I won’t see him all the time bc he has commitments so it lowers the chance of getting caught.

So, I guess what I’m needing advice on is needing to know if making our relationship friendly to be safe is weird? We have talked about friendly before but just never saw it between us after all we’ve been through. We already have talked about not getting married or being together long term, so making this relationship friendly sorta makes sense right? He is such a big part of my life with helping me thru everything and we talk all day everyday and I don’t want to lose him. I love him very much and I don’t know how to go about this, 18 year olds don’t deal with this stuff!! Thanks.” — Annie

Hi, Annie, thanks for taking the time to share your story.

And before I take on ANY of the questions that you actually asked 🙂 let me begin by noting that by moving two hours away, where you don’t know anyone and don’t have a job, a car, or a place of your own to live, you are cutting yourself completely off from all the people, support systems, and possibilities where you are right now.

Is seeing a married man worth it?

I can’t see one single benefit to you in this arrangement. Not even a tiny one!

If you’re looking for unattached sex, which is the main thing that you currently have with your married man, you can certainly find that on your college campus, or anywhere.

If you’re looking for friendship (which you mentioned several times), you can find that where you are, too.

There are so many downsides to isolating yourself by moving away and letting him secretly pay your rent and manage what little he can of your life (like help with transportation, etc.). And there just aren’t any benefits on your side of the ledger.

It’s hard, emotionally, to break up with a married boyfriend; incredibly hard. But here are a few reasons you might consider it…

Will moving closer help you be more independent?

If you’re looking for independence, you can do that the way everyone does! No need to move closer to your married man, just start looking for a job you can walk to or do online, use public transportation until you can afford your own wheels, and make your way up little by little.

It can actually be pretty fun when you’re doing it with a raft of college friends and maybe even a little help now and then from your family.

If you’re looking for independence, you’re not getting it by letting a married man pay your bills.

And, in case you haven’t already considered it, this married man is essentially paying to have sex with you. Does that fit with the woman you want to be?

Will continuing the affair help you be less bored?

There’s absolutely no reason to “stay at home and do nothing.”

In addition to working at something new and collecting a paycheck—which pays for outings with girlfriends and other fun stuff—start thinking about the things you really enjoy doing (writing, wakeboarding, music, etc.) and do those things!

Take a class, join a group, start a band, write a blog. Join a running club!

Dream up an awesome summer and build it for yourself.

The Weird Clue Men Give Off When They're TRULY in Love... (really freaking awesome!) --> Click HERE

You said you still won’t be able to see him more than once a week. So by moving to his town, essentially you’re just saving him drive time.

So a few more hours of his time will belong to him.

What do YOU get?

The same secret sex you had before, only now you’re isolated from everyone you know and you’re dependent on him.

There’s no benefit to you.

Will being “more friendly” make this relationship “safer”?

I’m guessing that when you say you want to make the relationship “more friendly” you simply mean that you might have less sex, or see each other for things other than sex.

But there’s nothing about that that makes your relationship with a married man “more safe” for either of you.

The relationship is risky for him because if it’s discovered, it’s still adultery, which (the law varies by state) means that his wife has legal grounds against him and can sue.

You’re not “lowering the chance we’ll be caught,” by moving to his city, you’re actually increasing it. Because he’ll be paying your rent, and trying to hide a huge financial expense from his wife every month. Housing records are pretty easy to trace, so it could be discovered, and you could be evicted at any time without warning.

Speaking of “safety,” you didn’t specifically mention this one, but if you’re having unprotected sex, you’re at risk for STDs and unplanned pregnancy. Definitely not safe.

You said he’s already starting feel “iffy” and think that having you move is “a bad idea.” Nothing emotionally safe about that.

The married man gets a life and a half, you only get half a life…

If you move into his secret apartment you can’t really tell anyone what you’re doing. You have to be sneaky, just like him.

Your life will revolve around the tiny stolen moments he can spare, rather than being centered fully and happily on you, you, you!

He gets a life and a half, and you only get half a life. How is that fair, or good for you?

Grab back your life, your fun, and your future!

Being 18 years old with an entire summer (and 3 more years of college) ahead of you is an AWESOME part of your life! Your middle-aged, married man already got to have this special time, and now he’s stealing yours. Don’t give this up for him, or for anyone else but yourself.

If you want to do something spontaneous and fun for yourself, do that! But do it as a fiercely, happily independent young woman, not as someone dependent on a man who isn’t yours.

How to get a “FOREVER LOVE” of your very own

No sneaking around, no throwing fits, ultimatums, or playing games with a man’s heart. THAT kind of drama just drives men away.

But there’s a RIGHT kind of drama that men just can’t resist. This kind triggers shudders of pleasure and intense love for you inside him…

→ How to deeply intensify a man’s need for you to LOVE HIM (forever!)

Once you discover this secret, you’ll notice that your presence will make him feel so good he will ache to be around you as much as possible.

If you want to create THAT kind of drama with a guy go watch this short video right now! He will be so happy, you will think you’re dreaming… 🙂

0 comments on “Is My Affair With a Married Man Worth It?”